Defending you from severe consequences 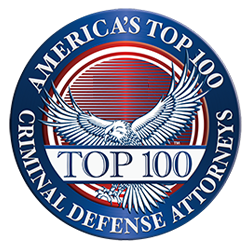 How Minneapolis Theft Attorneys Can Serve You

Generally, theft is taking property without the owner’s consent with the intent to permanently deprive the owner of the full use and enjoyment of that property. Certain forms of auto theft, like joyriding, do not have the same intent element. All levels of theft are serious offenses. Additionally, theft is a crime of moral turpitude. So, a conviction has significant collateral consequences.

The compassionate professionals at Gerald Miller, P.A. understand how frightening theft charges can be. So, we work hard to prepare your defense. That action gives you additional peace of mind. Because of our thorough preparation, we often successfully resolve these cases out of court. Frequently, that resolution means the defendant walks away without a criminal conviction.

Generally, the value of the property determines the difference between petty and grand theft. If the property is worth less than $1,000, the offense is a misdemeanor (petty theft). An amount greater than that is a felony (grand theft). The maximum penalty for grand theft is twenty years in prison. Depending on your case facts, a Minneapolis Theft Lawyer may be able to help minimize such severe sentences.
In other cases, the item makes a difference. The offense is grand theft, regardless of value, if the item at issue was a:

As mentioned, theft is the taking of another person’s property, normally with the intent to deprive the owner of the property’s full use. All these areas are subject to challenge.

The taking element is normally straightforward, although a lack of admissible evidence might be an issue. Normally, the owner must appear in court and give credible testimony. Given the enormous time gap between the theft date and the trial date, prosecutors often have a hard time securing such testimony. Intent to permanently deprive is difficult to prove in many cases, especially retail theft matters.

Contrary to the popular myth, authorities can detain retail theft suspects in the store itself. However, if authorities jump the gun, these defendants can claim they intended to pay for the item. Additionally, the listed “owner” is usually a store security officer. By the time the trial date rolls around, this person is often long gone.

Because of these inherent weaknesses, a Minneapolis Theft Attorney has a number of resolution options. Frequently, defendants are eligible for pretrial diversion. If the defendant makes restitution and completes some other program requirements, prosecutors dismiss the charges.
Some retail theft cases are grab-and-run cases. Others are complex scams. Intentional under-ringing is a good example. A shopper brings a high-value item and a low-value item to the register. The cashier only scans the low-value item. Later, the two split the booty.

Purchasing or retaining property that the defendant knew was stolen constitutes theft. Circumstantial evidence is admissible to establish the necessary state of mind.

The circumstantial evidence against Carlo might hold up in court. Due to the very low price and rather odd circumstances, prosecutors can argue that Carlo knew the ball was stolen. In response, a Minneapolis Theft Lawyer can guide Carlo to argue that he thought the ball was a fake.

Online theft, or intangible theft, usually involves the theft of information. Some examples include:

It is important to remember that theft charges are different from robbery charges. When theft is involved, working with a Minneapolis Theft Attorney may be more beneficial compared to working with a Robbery Defense Lawyer in Minneapolis.

Technically, store security officers have no jurisdiction beyond the store’s property line, unless they are engaged in hot pursuit. However, local law enforcement officers have no such constraints. Therefore, it is more difficult, but not impossible, to arrest retail theft defendants after they leave the store.
Identity theft is a serious felony. So, assertive representation is a must-have. Common identity theft defenses include a lack of evidence and a procedural error, like a failure to timely administer Miranda rights.
There are basically two types of expungement in Minnesota. Typically, judges have an absolute right to erase judicial records. They will do so if such action would benefit the defendant. Arrest records are also expungable in some cases, especially petty theft arrest records.
Taking a physical card or a card number without the owner’s permission is theft. Using, or attempting to use, such stolen information is usually credit card fraud, which is a separate and more serious offense.
Misdemeanor theft could mean up to a year in jail. Furthermore, theft is a crime of moral turpitude. A conviction could haunt the defendant for many years. A partnership with an experienced Minnesota defense lawyer is the best way to avoid these consequences.

Can You Get a Job with a Misdemeanor Theft Charge in Minnesota?

The state of Minnesota categorizes theft charges into felonies and misdemeanors, depending upon the

How to Fight a Felony Theft Charge in Minnesota

If you are accused of theft, you have the constitutional right to consult with a defense lawyer, and

What Happens if Someone Presses Theft Charges Against You?

Being charged with theft can be a frightening experience. The alleged victim is usually angry and lo