The number of women arrested for drunk driving in the U.S. has increased by 30 percent since the late 1990s. While men are still more likely to get behind the wheel after drinking, studies consistently show that DWI arrests among women are growing – and that some are cited with a blood alcohol content that is higher than their male equivalents.

One out of every seven licensed drivers in Minnesota has a DWI, or driving while impaired, on his or her record. Men outnumber women three to one for DWI arrests, according to the state’s Department of Public Safety. In 2017, 6,386 women in Minnesota were cited for DWI, compared to 16,114 men. Female drunk drivers rose in the state between 2004 and 2013, then began to drop back towards numbers last seen in 1998.

The national study, conducted by the Traffic Injury Research Foundation, found that much of the much of the research on the topic is outdated. That made it difficult for the TIRF to paint a completely accurate picture of women who drink and drive. But the group was alarmed enough to issue a report on what they could learn.

Women and men drink and drive drunk for different reasons, the study found, including:

Along those same lines, more than three-quarters of the women surveyed admitted they had been using at least one prescription medication for anxiety, depression, post-traumatic stress disorder (PTSD), and other problems. Some of the women had a previously undiagnosed mental health issue or a  history of trauma, physical abuse and sexual abuse.

In April 2018, a Minnesota woman was named one of the most prolific drunk driving offenders in the country.

Tasha Lynn Schleicher was arrested in Illinois after officers found her inside her car, drunk, with an open bottle of whiskey on the empty passenger seat next to her, the Rochester Post Bulletin reported. Once officers scanned her fingerprint, they discovered that she had a revoked drivers’ license and outstanding warrants for her arrest. Schleicher reportedly had six prior DWI arrests from six states on her record, including Minnesota. The other states were Kentucky, Wisconsin, Oregon and California, according to Fox 9. 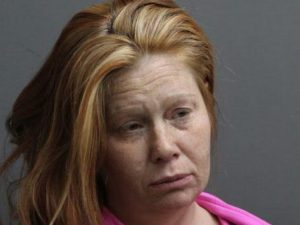 Schleicher told the Post Bulletin that she doesn’t drink regularly. All of her arrests happened shortly after she gave birth, she said. “I feel like it affected my decision-making…I told my doctor, ‘Something is wrong with me,” the newspaper reported.

Schleicher was sentenced in Illinois to two years of probation. The felony charges were dismissed.

There are many factors that can influence a woman’s DWI case; especially if medical and mental health conditions are put into consideration. An experienced DWI attorney can get to the root of the issue and present a woman’s case in court to ensure she receives a fair outcome – even dismissal if at all possible. There are many factors that can contribute to a woman’s drinking and drunk driving, as we touched on above. If you or a loved one were cited for DWI contact the law offices of Gerald Miller and Associates.

The truth is, only 72 percent of men AND women cited for DWI are convicted, according to state data. That means our clients have a chance in court – but only with the help of an experienced DWI attorney like the team at Gerald Miller and Associates.

About Gerald Miller and Associates

Sound like you or someone you know? Contact the experienced Minnesota DWI attorneys Gerald Miller, P.A. Our expert team will look at your case and determine the best course of action. We will guide you through the process, working toward a positive outcome no matter the circumstances of the arrest.

We are often asked, “Should I contest this case?” Yes. You should, absolutely, positively 100 percent of the time. Every arrest is different; few are open and shut cases. We look at each aspect of the case, from time of the arrest to the officer’s actions to the accuracy of your Breathalyzer test. There is always hope.

Fill out this form to receive a free case evaluation or call 612.405.5522. We can also be reached on Facebook, Twitter and LinkedIn.